The document entitled “The 5G Economy: How 5G Technology Will Contribute to the Global Economy”, published in 2017, is still highly relevant. This informative document provides a very insightful, transformational description of 5G. At a high level, 5G is defined by three driving KPIs:

END_OF_DOCUMENT_TOKEN_TO_BE_REPLACED

The TTMAG is pleased to announce that we are open for membership! We welcome applications from organisations in the following Stakeholder Groups: Academia; Civil Society; Commercial / Business; Government; Technical Community / ICT Civil Society; or the .tt ccTLD holder.

Please read the TTMAG Membership Guidelines for more information about the application process, membership benefits and the responsibilities of member organisations and stakeholder groups.

If your organisation is interested in becoming a member of the TTMAG, please click here to apply (completion time: 2 minutes). 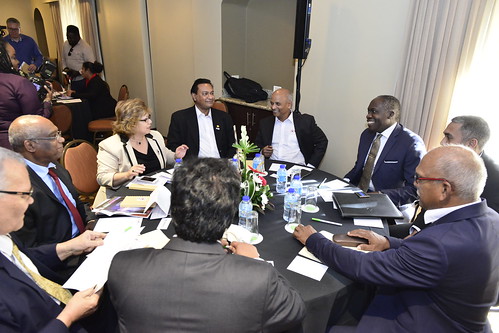 TTMAG board members and speakers share a light moment before the TTMAG launch. 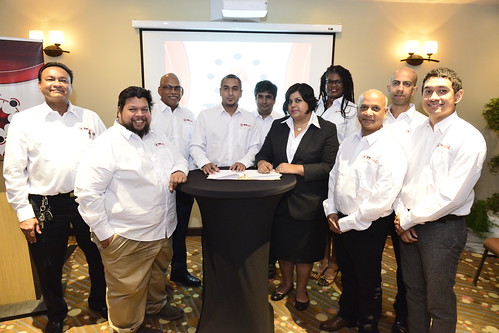 Thursday 26th January, 2017 was an exciting, auspicious day for Internet Governance in this country with the formal launch of the Trinidad and Tobago Multistakeholder Advisory Group (TTMAG), at the Courtyard Marriott, Port of Spain.

The launch of the TTMAG rounded off an historic day of activities as it was preceded by the Trinidad and Tobago Internet Governance Forum (TTIGF), the country’s premiere national IGF event. TTMAG, whose mission is “to be an independent entity for the promotion and development of best practice policy standards for the .tt country code Top Level Domain (ccTLD) and the local Internet ecosystem in the interest of the Internet Community”, also hosted the TTIGF.

The launch began with remarks from TTMAG directors on the multistakeholder model of internet governance and the origins of the TTMAG and was followed by well wishes from various Internet Stakeholders, including the Principal of the University of the West Indies, Prof. Brian Copeland. The feature address was made by the Minister of Public Administration and Communications, the Honourable Maxie Cuffie. He highlighted the role of the ICT sector in the country’s economic diversification thrust and was in full support of the multistakeholder model on which the TTMAG is formed.

Representatives of the diverse stakeholder groups that comprise the TTMAG – including academia, the private sector, the local technical community, civil society, the telecommunications industry and government – were all present and expressed their congratulations and greetings.

Even before TTMAG celebrated its formal launch on January 26th, it was already hard at work, successfully completing a Charitable Organisations Policy which was adopted by the Trinidad and Tobago Network Information Centre (TTNIC). With the hearty endorsement of all stakeholder groups, and the commitment of all directors to deep and continuous engagement with them in policy dialogue and development on internet-related issues, the TTMAG is poised to embody Chairman Dr Sanjay Bahadoorsingh’s entreaty “…that best practice becomes our next practice.”

The Trinidad and Tobago Multistakeholder Advisory Group (TTMAG) was formed out of consultations with Internet stakeholders on the .tt country code Top Level Domain (ccTLD) held by the Government of Trinidad and Tobago in 2009.  A Multistakeholder management model, which subscribed to the General Principles of Internet Governance, was preferred by most stakeholders.  A Multistakeholder Advisory Group (MAG) was considered a fair and legitimate way to develop ccTLD policy and hence one was formed for this purpose. The TTNIC continues to focus on technical excellence of the operational aspects. Persons and organisations interested in contacting or participating in TTMAG activities can email [email protected]